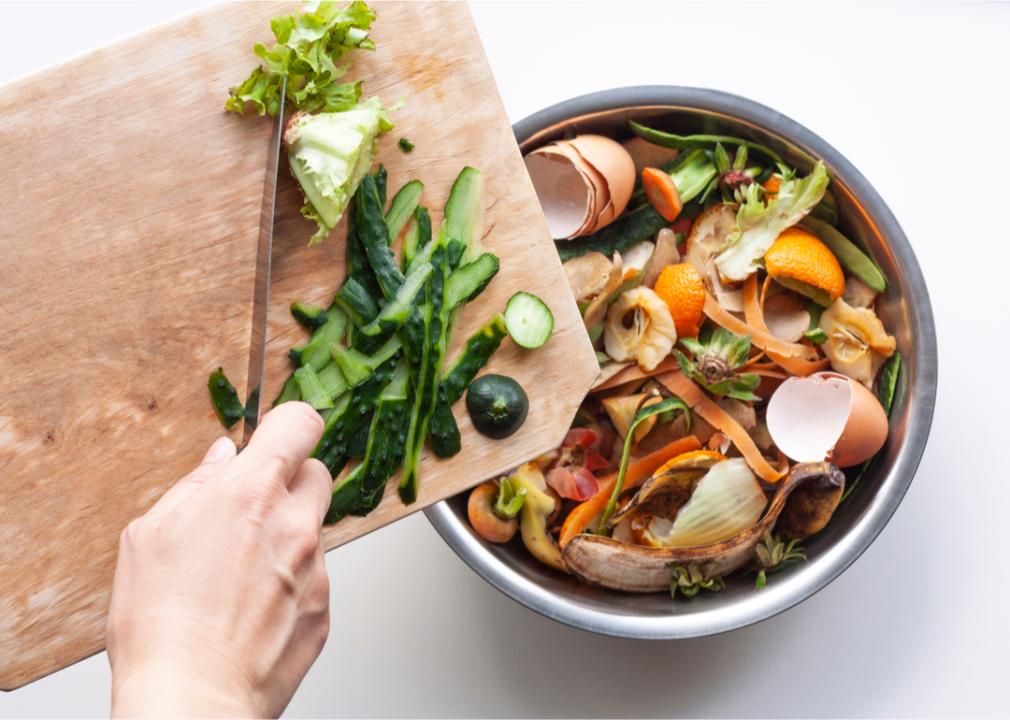 Americans waste about 40% of the food we purchase, statistically equivalent to an average consumer buying five bags of groceries and immediately dumping two bags in the trash upon leaving the store.

Pela identified the 13 industrial and business sectors that contribute most to excess food waste by looking at the 2018 Wasted Food Report from the Environmental Protection Agency, released in the fall of 2020. The EPA measures per capita metrics specific to each type of facility and are included for context but cannot be compared across each sector. Although the COVID-19 pandemic impacted each of these sectors' contributions to food waste, this data examines how these industries contribute to food waste when operating at normal capacity.

The United States represents the single-largest countrywide source of discarded food, to the tune of about 80 billion pounds each year, or 30-40% of the food supply. Food waste that decomposes in landfills releases methane, a potent greenhouse gas up to 36 times more effective than carbon dioxide at trapping heat in the atmosphere.

It’s not just individual consumers who are to blame. At every stage of the supply chain, food waste is rampant. In leisure or entertainment spaces where food is sold, it’s a practical certainty food is also wasted. In some cases, it’s more cost-efficient to waste food than to address a process inefficiency.

But waste diversion efforts are being adopted across many industries. Correctional facilities and sports venues are doing exciting work to reduce food waste while also redistributing food to local communities. At larger institutions, such as health care facilities and military bases, technology and tracking are used to identify waste sources and implement reduction efforts.

Using 2010 numbers as a baseline, the 2030 Food Loss and Waste reduction goal aims to reduce food waste going to landfills by 50% to 109.4 pounds per person. Better eating habits, a stronger understanding of expiration dates on perishables, and backyard composting can all help to reduce food waste. 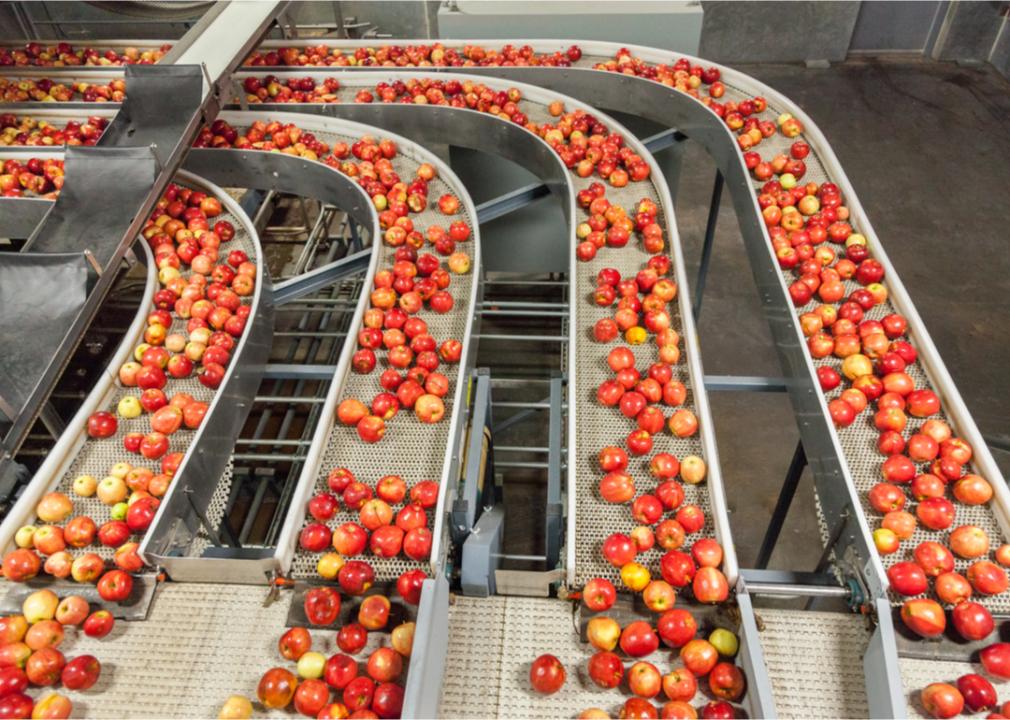 Production snafus and inefficiencies can lead to huge quantities of food waste in manufacturing plants.

Assembly line breakdowns, for example, don’t result in a complete shutdown of the system. Food keeps coming, getting redirected as waste until the problem is fixed and the line resumes its normal flow. The trials and errors of new product development and assembly produce large amounts of waste as machines and quantities get calibrated.

While food surplus distribution from manufacturing facilities is possible, it is experimental at present and riddled with operational problems that must be addressed before it becomes a more viable waste diversion option. 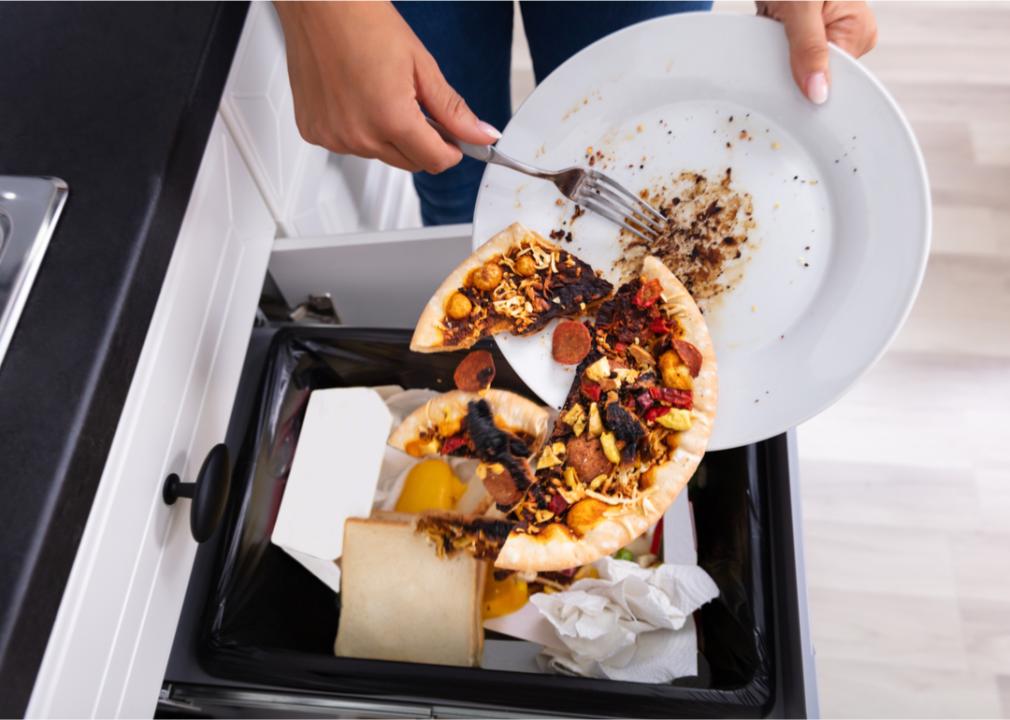 Food occupies more landfill waste than any other single item. With more people working from home and avoiding restaurants during the pandemic, a huge amount of food was consumed—and wasted—in recent years. A massive source of residential food waste—more than 80%, according to Feeding America—comes from American consumers misunderstanding expiration dates on perishable food items.

"Best if Used By" labels actually indicate the last day food is considered at its peak flavor and quality; it is not an indicator of the last safe day to consume the item. Infant formula is the only product for which a date points to the safety of a food product. 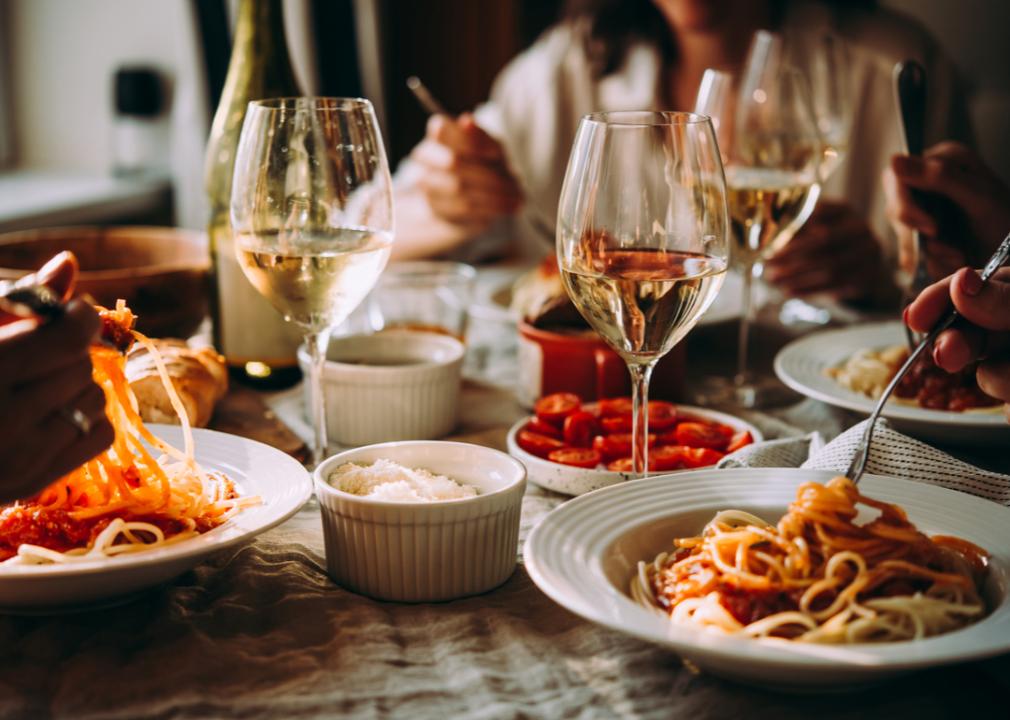 Even at restaurants, more is not always better. Large portions, extensive menus, over-production and preparation, and poor storage all contribute to the massive amount of waste seen in the food services industry.

Over the last several decades, portion sizes have increased dramatically and are, on average, two to eight times larger than recommended serving sizes as laid out by the USDA or Food and Drug Administration. On average, a diner leaves about one-fifth of their meal uneaten on their plate, an obvious indicator of excess. 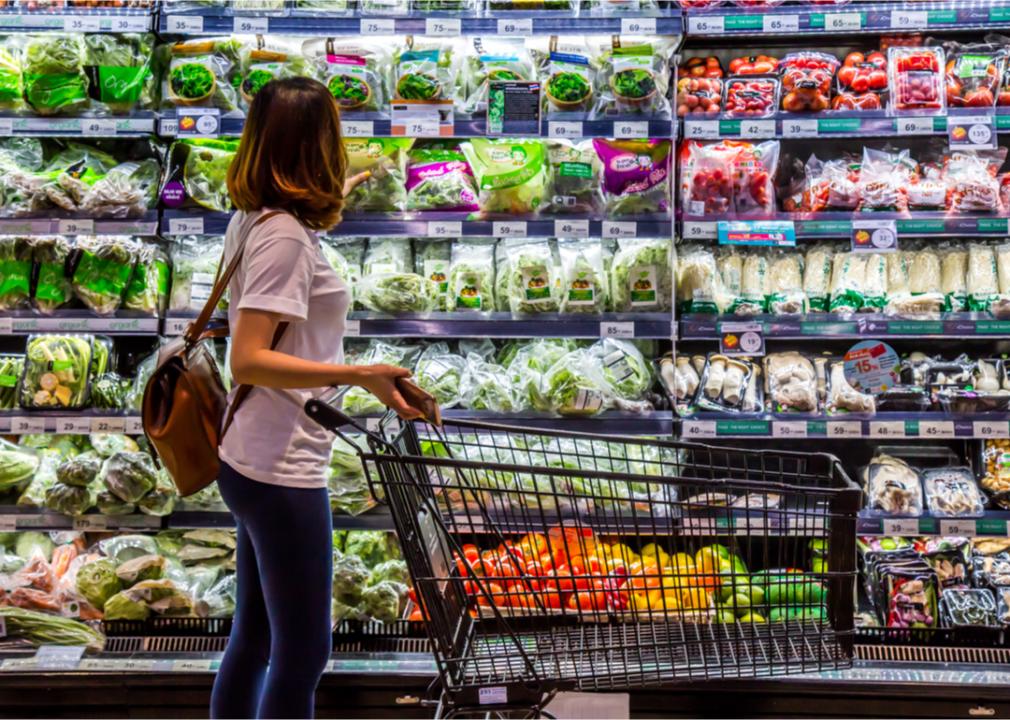 Many consumers perceive misshapen or blemished food as inedible. Products close to a sell-by date are passed over for “fresher” items. These superficial imperfections mean millions of pounds of perfectly edible grocery items end up in the trash.

Stores are constantly culling and rotating produce to maintain the illusion of perfect because it’s better for business. Machine learning and artificial intelligence are assisting this stage and earlier stages along the supply chain to cut back on food waste. The precision of algorithmic forecasting and stock replenishment can significantly decrease the amount of excess food ordered. Automated scanning and inspections of items determine what can go to grocery stores and what should be distributed elsewhere. 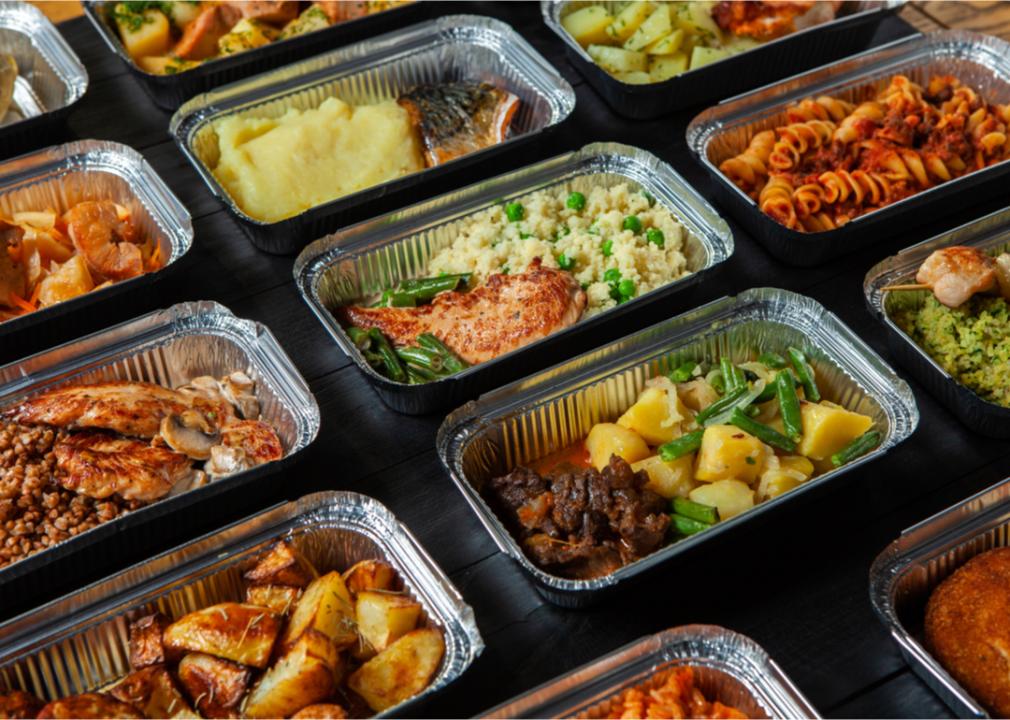 If you’ve ever worked in an office and been tasked with fridge cleanout duty in the shared kitchen, you’re familiar with how much food can pile up in a week. Not to mention how much ends up wasted. Leftovers from home, business meetings, or food from catered events all ultimately end up in the trash. Establishing a composting program in the office and donating untouched food from events are good diversion strategies for food waste. 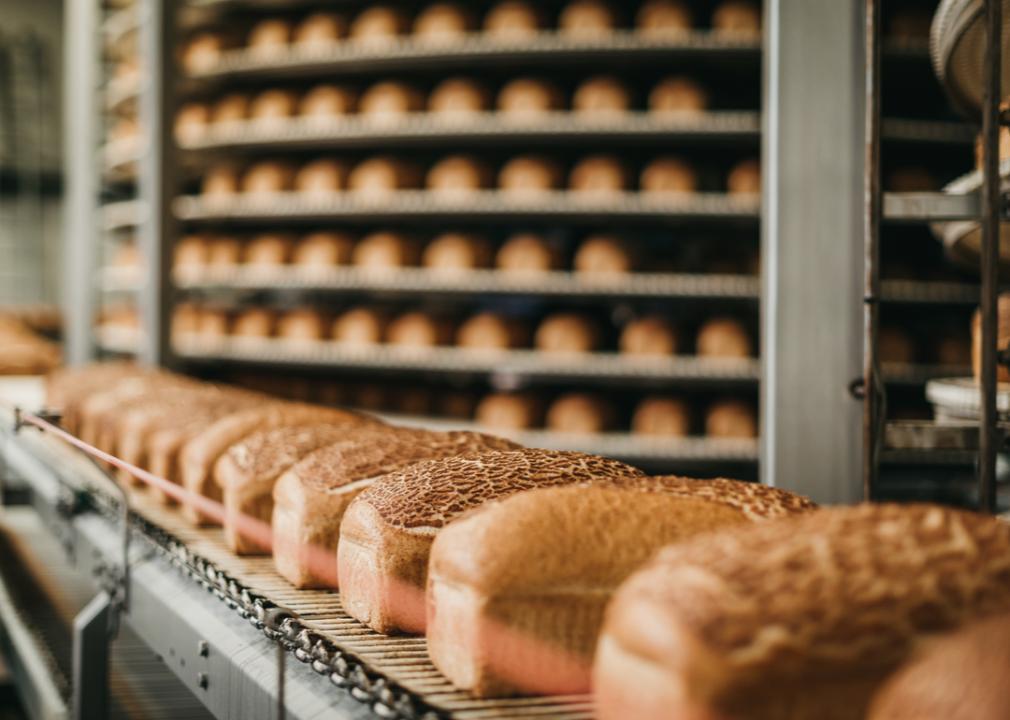 Poor shelf-life predictions and consumer standards contribute to food waste among wholesalers. Additionally, the disposal of large quantities of a particular item during an outbreak like e.coli, for example, results in a tremendous waste of unaffected products. 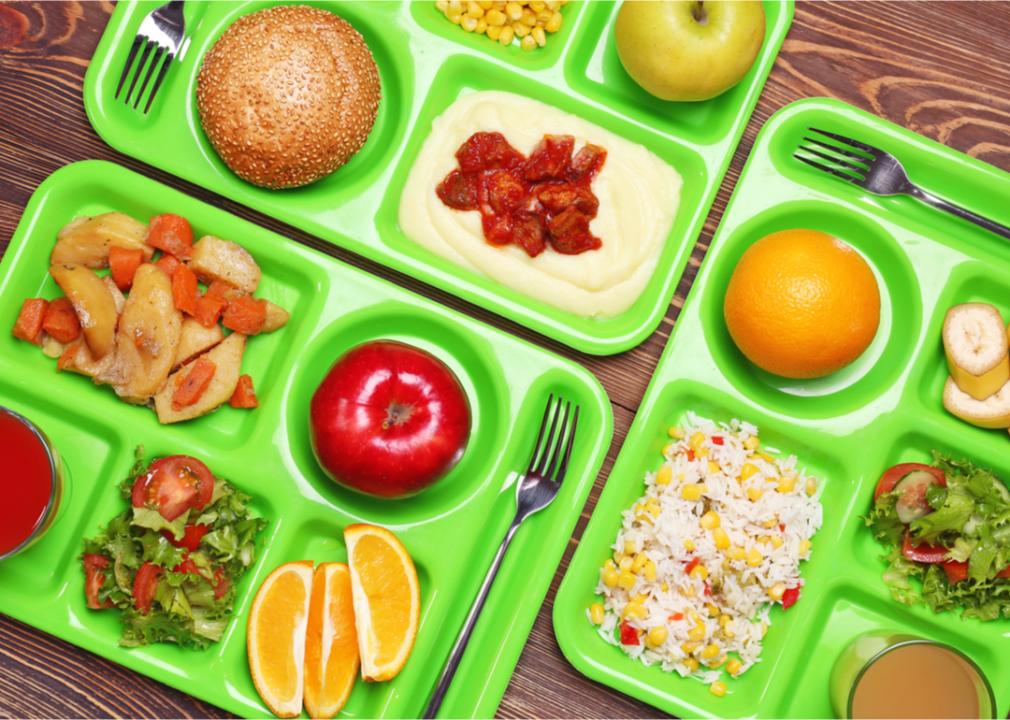 To ensure students get the most nutrition out of their school meals, it’s essential they actually eat what gets packed at home or served at the school cafeteria. Yet many schools have severely limited lunchtimes—in about 20% of schools, just 15 minutes—which is cited as a huge barrier to a student’s ability to finish an entire meal.

School nutrition programs offer myriad opportunities to reduce food waste, from planning menus and lengthening lunchtime to rethinking how food is prepared and served. Schools can streamline orders to prevent over-purchasing, plan for proper storage, and better train kitchen staff to reduce waste while cutting produce items. It can also help plan meals that students actually like and will readily consume, helping to reduce the likelihood that they’ll throw away partially eaten meals. 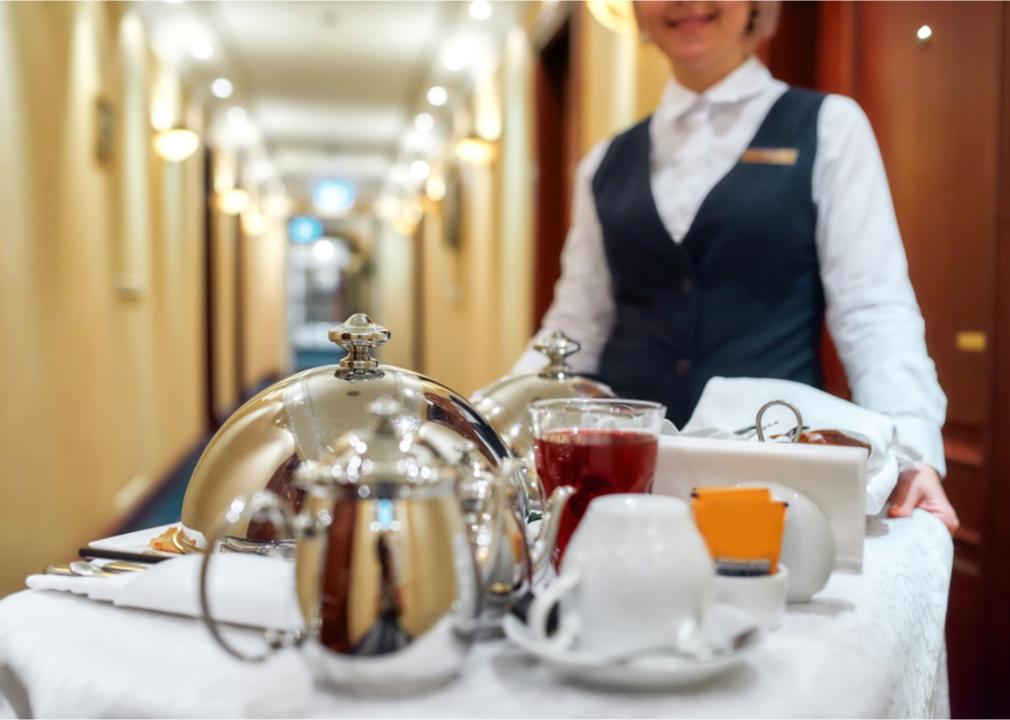 Buffets are one of the largest sources of food waste at hotels. Overproduction, guests taking more than they can consume, and the fact that many hotels keep buffets fully stocked for the duration of the meal service all contribute to significant volumes of food being thrown away.

A 2017 study from global design firm Ideo, first reported by the New York Times, found that roughly half of all buffet food in hotels was actually consumed. In recent years, hotels like Hilton began partnering with local food rescue organizations to donate unused food and serve their communities. 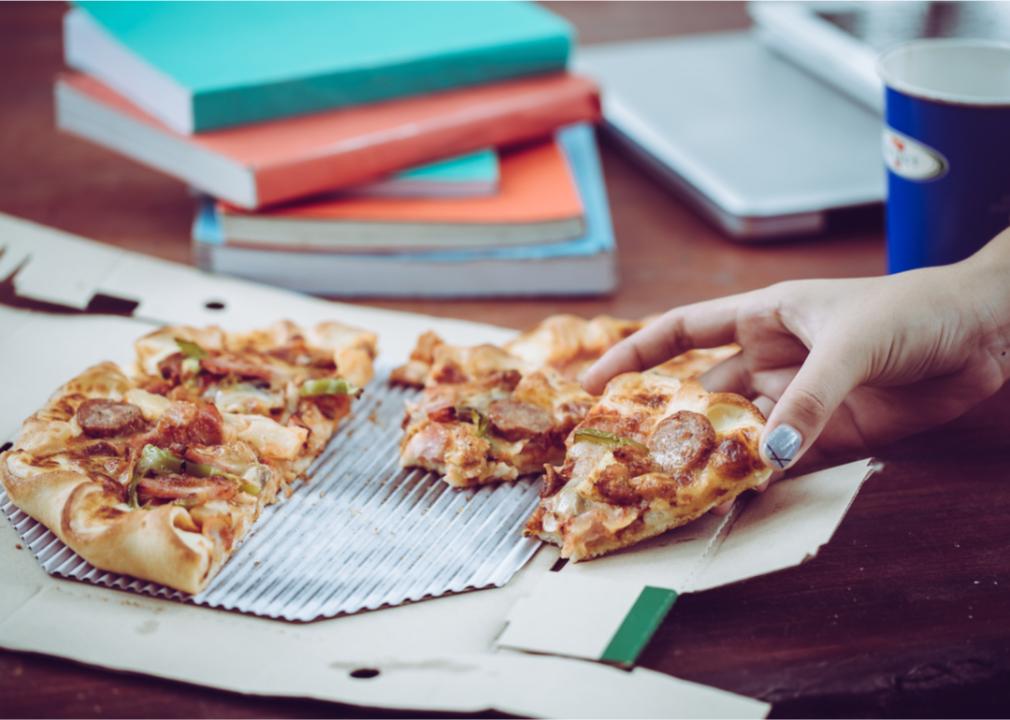 Not only do colleges waste huge amounts of food due to overproduction and extensive menus, but their students pay dearly for it.

The Bureau of Labor Statistics estimates a single person spends $11 on food each day, but an average undergraduate pays $18.75 per day via their school meal plan. College students pay nearly 70% more per day to eat on campus than they would likely pay buy and cook their own food. Waste diversion efforts on college campuses can include composting and partnering with local food waste recovery organizations.

Nursing homes are mandated to provide all residents with three meals each day whether they want them or not. They are also required to provide a variety of menu options.

This amount of food, coupled with the fact that appetites tend to decrease with age, produces a tremendous amount of daily food waste. Senior living centers that have switched to made-to-order menus, like Mount Baker Care Center in Bellingham, Washington, have seen a reduction in institutional food costs and overall plate waste. This type of dining offering has also increased family visits. 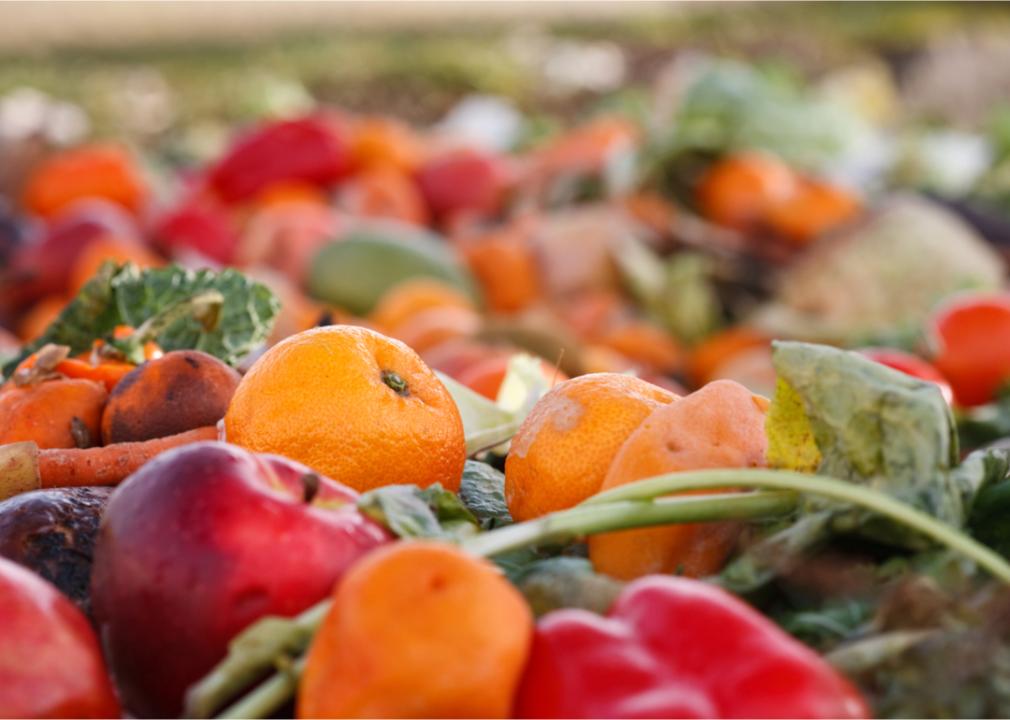 A number of correctional facilities across the country have begun composting to divert food waste. In 2019, Vermont’s correctional facilities composted roughly 11,000 pounds of food each week, preventing 572,000 pounds of food waste from ending up in the trash that year. Farms at prisons in Washington and Pennsylvania compost food waste while also teaching inmates about sustainable farming. Washington Corrections Center’s Hope Garden donated nearly 74,000 pounds of harvested food to local food banks in 2020. 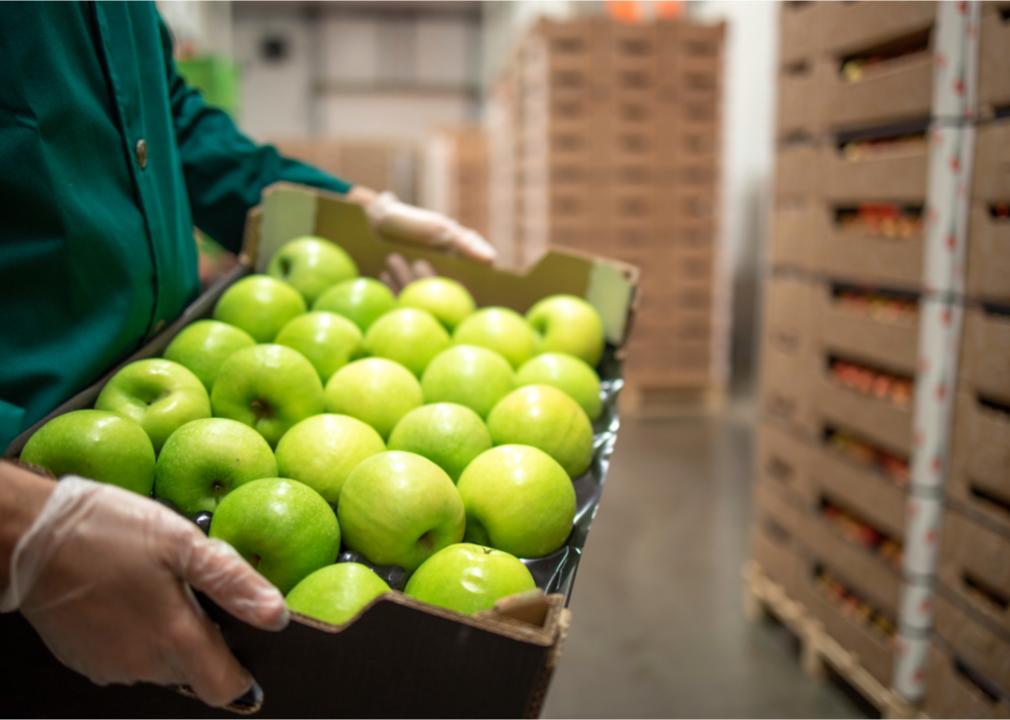 Food banks themselves can serve as a waste diversion and redistribution strategy. In 2019, the world’s three largest food bank networks recovered 3.75 million metric tons of food and fed 66.5 million people. But not all food diverted to a food bank is distributable. A survey of food banks in Massachusetts published in 2016 found that many canned goods past their expiration date were discarded, ultimately ending up as waste despite still being safe for consumption most of the time. 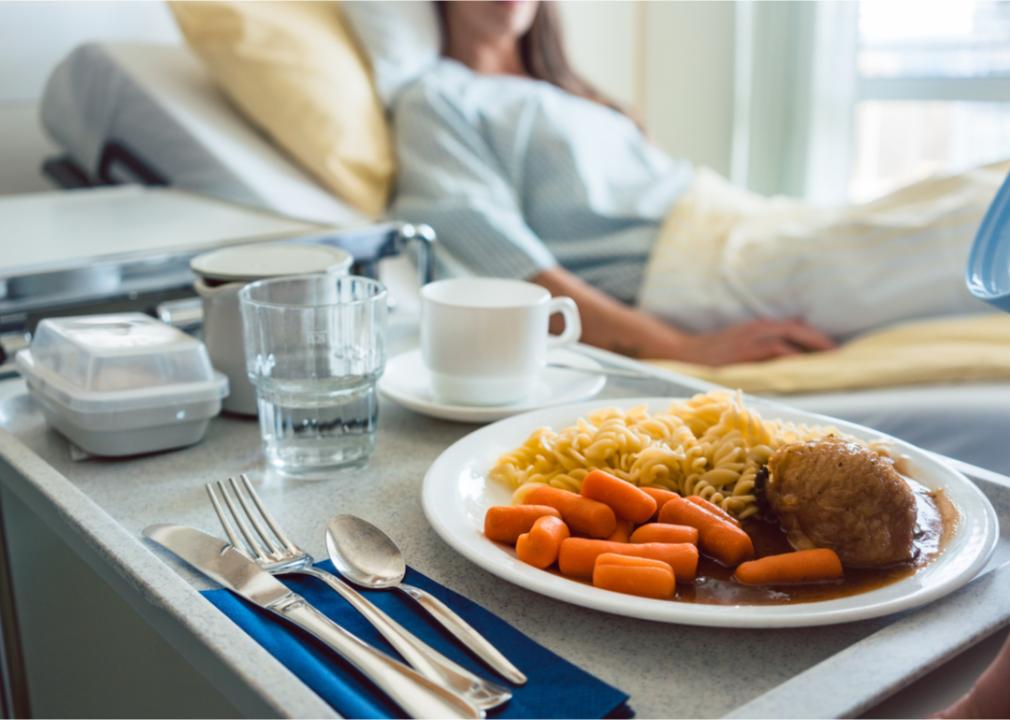 Several factors contribute to food waste at hospitals, including overproduction, the reduced appetite of patients, and bad-tasting options. More than half of all hospital patients leave their meals uneaten, according to a 2019 study by nutritionDay, leading to large amounts of waste as well as malnutrition among patients.

To divert uneaten food from landfills, some hospitals donate meals to the local community. In less than a year, Sutter Health was able to donate 55,000 meals to 20 non-profit organizations that feed food-insecure residents of Northern California. Room service models, where patients can order from a limited but flexible menu, have been shown to reduce plate waste from 30% to 17%. 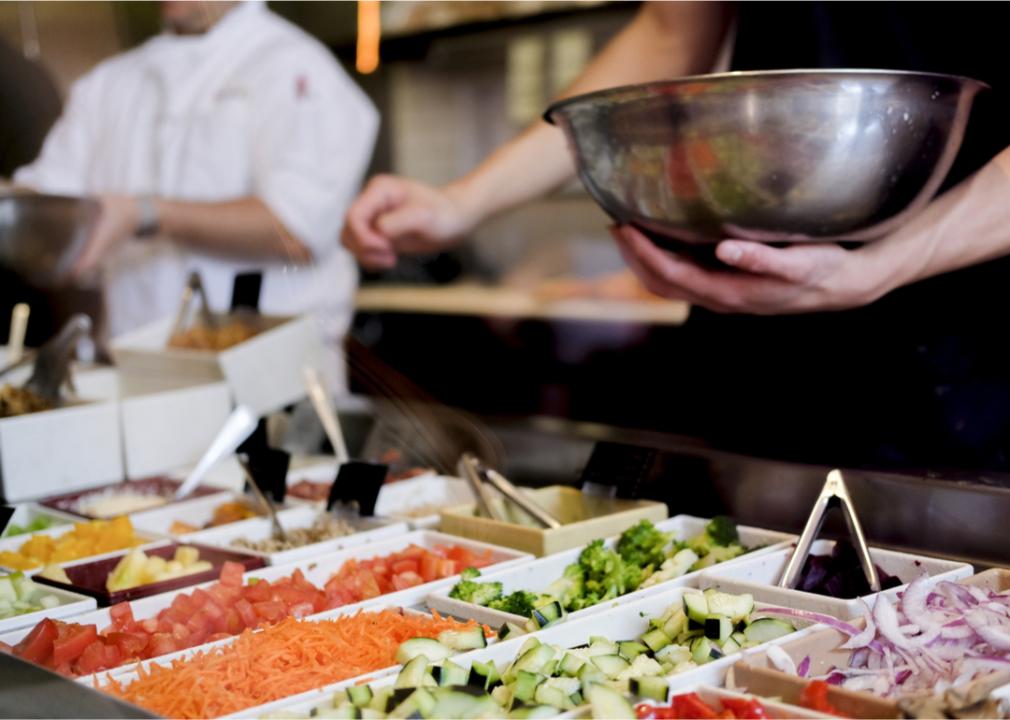 A U.S. Army Engineer Research and Development Center study published in 2016 estimated the annual cost for simply managing food waste at military installations was about $14,750. To combat waste and costs, many military bases have implemented food digesters and detailed tracking to identify wasteful habits and areas for waste reduction.

A 2017 study at Fort Jackson (published in 2019) on food waste in military kitchens revealed that overproduction accounted for 83% of food waste on the base. Calorie restrictions, for example—sometimes implemented for entire units by Army nutritionists—are not consistently communicated to base cooks. As a result, a wide range of food is prepared to meet various dietary needs and subsequently wasted. The timing of field exercises, or more specifically the lack of communication about field exercises that conflict with meal times, also contributes to large amounts of waste. 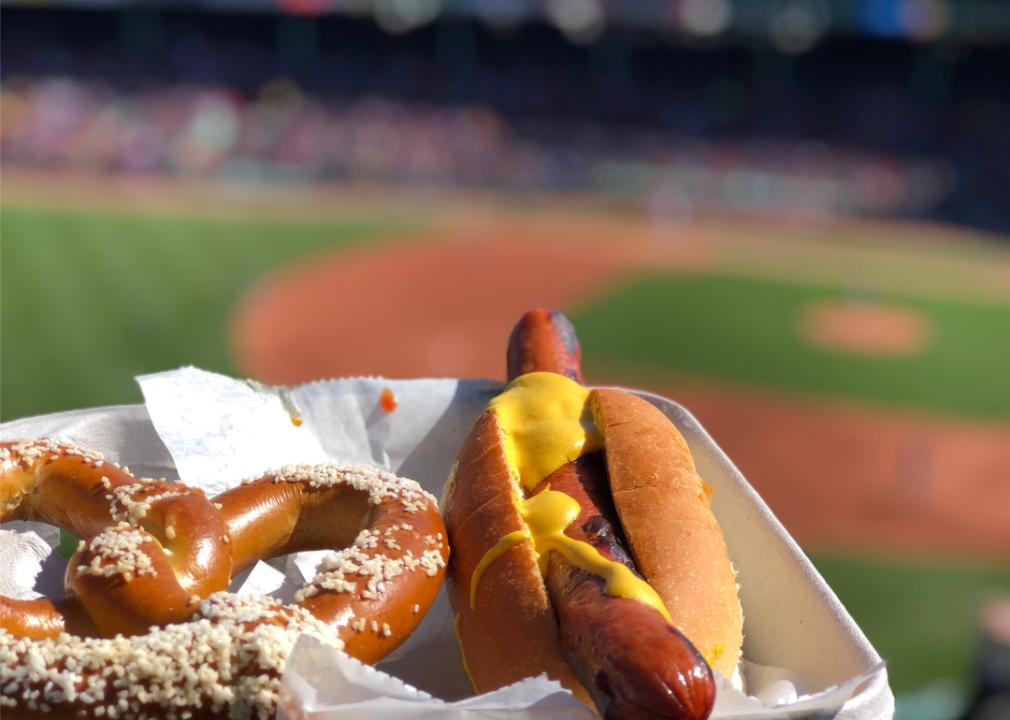 Sports venues and franchises have made significant gains in working toward hosting zero-waste events.

Just three years ago, State Farm Arena—home to the NBA’s Atlanta Hawks— only diverted between 10 and 20% of waste from landfills. The venue in 2021 held its first zero-waste event during the playoffs and, less than a year later, became the first certified zero-waste sports venue.

More than 340 teams across the U.S., from college programs to professional leagues, are working with Green Sports Alliance to reduce food waste by implementing meat and plastic replacements, reusable or recyclable packaging, composting, and donations of unsold items.